Why would parties consider settling a dispute?

Before we answer that question, let’s begin by defining what a “settlement agreement” actually means. A settlement agreement is when parties to a dispute reach a form of compromise without the intervention of the court system. So, parties can settle a dispute at any point including before or after proceedings have begun, or even after a trial but before a decision has been handed down. In fact, a majority of cases end up settling outside of court.

While in life we are told never to settle, in law, there are many factors as to why parties may settle a matter outside of court. Court proceedings can be costly, lengthy, stressful, intrusive, and going to trial can be a heavy burden on the parties involved.

Settlement Agreement Tips: Here are some factors to consider when deciding whether to settle a dispute:

– The stress and disruption caused by a trial, to you and your family’s life and daily routine.

– The costs depending on the type of matter, length of the trial, and the legal fees. So, settling a dispute has the potential to save the parties time and money.

– The outcome of a trial may be difficult to predict and creates a win/lose situation between the parties. Settling the dispute means that the agreement can be more amicable, and there is a certainty of the outcome.

– Depending on the nature of the matter, settling a dispute may be the preferred outcome to maintain ongoing relations between the parties. For example, if the disputing parties are family members, or employer and employee.

“So, when a settlement has been reached, it’s time to finalise it by documenting the terms of the agreement based on the negotiations.”

What makes a settlement agreement binding?

The settlement agreement is a contract so, for it to be binding, it needs to meet the requirements of a valid contract, and should include the following:

The names of the parties to the agreement

The agreement should provide a clear description of the parties who will be bound by its contents. This may seem obvious that the main parties are clearly those named in the dispute. However, there should be consideration around whether there are additional or extraneous parties to the dispute that should be named in the agreement.

Be clear in the agreement what it is that’s being settled. You may only want to cover exactly what is contained in the dispute or you may want to include a ‘mutual release’ clause which means that the parties agree not to make any future claims against each other.

Conditions of the settlement

Are there any conditions attached to the settlement for it to come into effect? This Kickstarter mechanism is important as it sets out when and how the agreement comes into effect and any actions or non-actions that the parties need to comply with.

The agreement should provide sections relating to costs and payments that need to be made. When it comes to costs, both parties will have incurred costs such as solicitor fees, court fees, and expert costs. If during negotiation, it was agreed that one party would pay the other party’s costs, or there was some other form of arrangement made relating to costs, this should be clearly stipulated in the agreement, and include clear details about the terms including time frames for payment to be made, interest, and consequences for non-payment.

If a settlement is reached in relation to any payment made, the agreement should clearly set out the payment sum, due date, consequences for non-payment, the names of the payer and payee, currency considerations, tax implications, interest payments and any other detail required.

This should be laid clearly out with no ambiguity.

It is common for parties to want the details contained in the settlement agreement be kept confidential. In which case, this should be defined in the agreement, and can’t simply be assumed or inferred.

If the matter is a high profile one that has attracted media interest, the agreement should also stipulate whether a media release or statement will be made, and the information that will be made public.

It’s important that the agreement covers the requirements of the closing off of any existing court or other proceedings once settlement has been reached. For example, the requirement to request a termination of an arbitration in the tribunal.

As with any agreement, it’s important to have a clause which details the dispute resolution avenues in the case of a dispute arising from the settlement agreement.

Before the parties sign the final settlement agreement and for it to come into effect, it’s important to read through the terms to ensure that the agreement covers all of the details that were discussed during the negotiation. Any mistakes made after signing can be resolved by applying to the court for rectification, however, it’s difficult and not ideal, so it’s best to carefully consider the agreement and its consequences before signing it. Please feel free to contact us for if you have any questions on the settlement Agreement tips, definition and takeaways above. 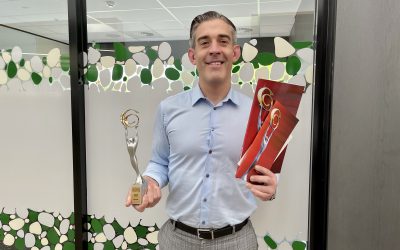 It was a long wait... but it was worth it. Each year since November 2018, AMK Law has entered the Australian Small Business Champion Awards Legal Services category, which recognises the hard work of the best small businesses around the country. “Our team is pleased to...

The need for Indigenous business owners and contractors to understand construction contracts has been increasing due to the introduction of the Indigenous Procurement Policy (“IPP”), which commenced on 1 July 2015. There are opportunities arising within the context of... 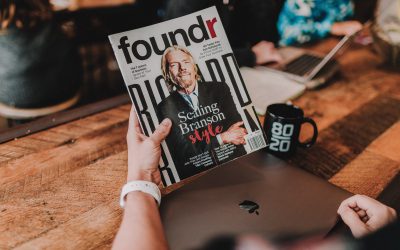 After much discussion throughout 2019 and 2020, the Treasury Laws Amendment (Registries Modernisation and Other Measures) Act 2020 (Cth) (the “Act”) received Royal Assent on 22 June 2020. The Act introduces and enforces a new Director Identification Number (“DIN”)...