Take a look at the changes, as well as the most recent updates, which impact the way company directors can vacate their position.

If a company illegally ‘phoenixes’, the people who are operating it transfer existing assets from one entity to another. They then liquidate the company as a way to avoid paying staff, the tax office and their suppliers but set up a new business using the funds they have set aside.

This has been possible in the past because company owners and directors are not directly liable for financial losses caused by their business. There has been a gap in terms of accountability for the people involved with such behaviour.

As shared by ASIC, a report into the economic impact of potential illegal phoenix activity found that it costs employees between $31 and $298 million in unpaid entitlements and costs the government around $1,660 million in unpaid taxes and compliance.

The changes introduced civil penalties and criminal offences for contraventions by directors, pre-insolvency advisers and other facilitators. They also allowed company directors to be personally liable for a company’s GST liabilities (in certain circumstances).

Since last year, The Tax Commissioner has had the power to tax refunds where a taxpayer has failed to lodge a return or provide other information which may affect the amount that the Commissioner refunds.

The changes are all aimed at limiting illegal phoenixing activity and making it easier to penalise the people who take part in this practice.

As shared by ASIC, the reforms prohibit company directors from improperly backdating their resignation or leaving a company with no directors.

From 18 February 2021 onwards, if you resign as the director of a company, ASIC will need to be notified within 28 days. Fail to do so and your resignation will be the date you lodged.

Here is an example from ASIC:

Read more about applying to ASIC or the court here: https://newshub.asic.gov.au/director-resignations-new-laws-apply-from-18-february-2021/.

In addition to the resignation reporting reforms, companies are also now prohibited from removing the last director on ASICs records and leaving no director.

According to ASIC, it will “reject submissions of Form 484 Change to company details or Form 370 Notification by officeholder of resignation or retirement to cease the last appointed director without replacing that appointment.”

In other words, if you are the last Director standing, you cannot officially resign without there being a replacement for you. There are some exceptions to this, including if a director passes away.

Be aware of the changes

Few people would deny the importance of preventing companies and their directors from illegally liquidating to escape debts, or directors backdating their resignation to resolve themselves of accountability in a difficult situation. However, the new reforms impact all directors.

If you are planning to resign from your position, make sure you report this to ASIC within four weeks. Fail to do this and you could potentially be responsible for things that go on within the company, even if you’re not present.

The change also means there is no longer an acceptable time frame for your company to have no director. It is a reminder to spend time ensuring quality governance and succession planning. This will save your company from inadvertently breaching the new rules for Directors.

Want to know more about company governance, directorship or going into liquidation? Contact us

AMK Law acknowledges the Traditional Owners of the land on which we are fortunate to live and work. We pay our respects to Elders, both past and present and further acknowledge the important role that Indigenous people continue to play within our communities. 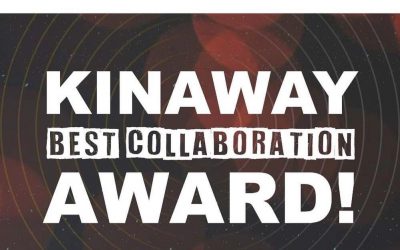 AMK Law has been named a finalist in the Kinaway Business Awards in the Collaboration category, in partnership with Clayton Utz – a leading Australian commercial law firm. The Kinaway Chamber of Commerce is the leading Victorian organisation dedicated to supporting... It was a long wait... but it was worth it. Each year since November 2018, AMK Law has entered the Australian Small Business Champion Awards Legal Services category, which recognises the hard work of the best small businesses around the country. “Our team is pleased to... 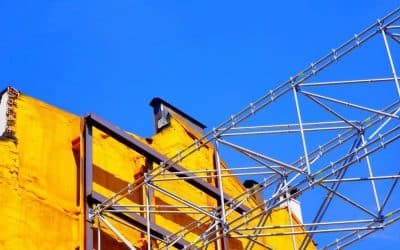 The need for Indigenous business owners and contractors to understand construction contracts has been increasing due to the introduction of the Indigenous Procurement Policy (“IPP”), which commenced on 1 July 2015. There are opportunities arising within the context of...